The Psychoanalytic Mind: Alive and Well. Science Supports Freud’s Most Important Ideas About the Mind

The Psychoanalytic Mind: Alive and Well. Science Supports Freud’s Most Important Ideas About the Mind

Freud is commonly portrayed by the media, scientific journals, and even by psychology professors as the great sexualizer of human behavior: he merely proposed that babies first derive pleasure from oral fixations, then from titillating their erogenous zones, culminating in fantasizing about sex with mommy or daddy. As a result, psychoanalysis is commonly associated with this caricature of the psychosexual infant, a handful of arcane speculations Freud made over a hundred years ago. 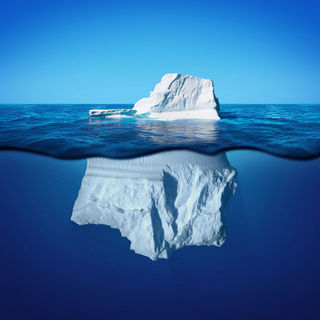 “The mind is like an iceberg. It floats with one-seventh of its bulk above water.” -Sigmund Freud
Source: Alones/Shutterstock

In fact, the historic ideas of psychoanalysis—first proposed by Freud and refined by generations of psychoanalytic thinkers—have been empirically validated and dramatically illustrated by scientific experiments. Freud’s most enduring legacy are his ideas of dynamic conflict: thoughts, feelings and impulses that are barred from consciousness to protect ourselves from unpleasant emotion, and the defense mechanisms by which such mental barring occurs.

In one of the first studies that demonstrated the influence of these unconscious processes, Jonathan Shedler and colleagues studied people described as having “illusory mental health”: they reported being happy in their lives, but showed possible evidence of distress by describing childhood memories marked by unpleasant emotion. 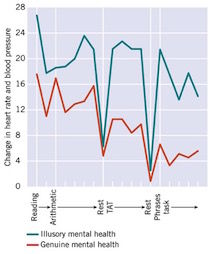 As shown by this graph, these people became considerably more aroused—their heart rates and blood pressure increased significantly more than healthy control participants—while performing tasks that can be stressful for defensive people (e.g., saying the first thing that comes to mind in response to evocative phrases). They also showed multiple signs of anxiety (e.g., sighing), even though they reported that they were not experiencing any anxiety. In a clear illustration of dynamic conflict, the bodies of these defensive people said “I am under stress,” while their conscious minds simultaneously said, “I am fine.”

Follow-up studies found that such denial—i.e., illusory mental health—predicted the number of visits college students made to the campus health center. Related studies showed that denying negative emotion puts the heart and immune system under distress. As Drew Westen concluded in a historic review of psychoanalytic research: “Freud may be dead, but his theories are proving increasingly useful in predicting who will be joining him sooner rather than later.”

Conflict and defense have also been shown to motivate prejudice. Before homosexuality was in the national consciousness, Henry Adams and colleagues showed that they underlie homophobia. They identified a group of homophobic persons and a non-homophobic control group with a questionnaire assessing attitudes about homosexuals. Then they asked these participants to do an interesting task. They watched a gay pornographic film while the researchers measured a rather telling indicator of sexual arousal: blood flow to their penises.

Ironically, the homophobic group showed significant increases in blood flow while they watched the film, whereas the non-homophobic control group did not. Yet all the while, the homophobic group reported that they were not aroused, suggesting that they were conflicted about their homoerotic responses.  Adams and colleagues concluded that the participants’ homophobic attitudes—their dislike of homosexuals—represented a repudiation of their own unacceptable sexual desires, the defense mechanism known as projection.

Conflict and defense have also emerged in the study of racism, currently a lively topic in social psychology. Many studies have shown that conscious racist beliefs and unconscious racist behavior are completely unrelated. People who deny holding such beliefs nonetheless exhibit racist behavior even when they are being observed in laboratories—because researchers measure such behavior in clever ways that people can’t consciously control. For example, Russell Fazio and colleagues found that such people identify negative adjectives faster after a black face than a white face is flashed on a computer screen. These people also related significantly more negatively towards an African American (a confederate of the researchers) in a natural setting—while sitting across from him in a waiting room. The conscious belief that one is not racist apparently wards off deeper, opposing impulses, protecting the self from guilt.

This is a small sample of studies from a growing literature, as I will show in future posts. Freud is smiling from his grave. Modern science supports what he proposed. People are in conflict about desires and impulses that society deems unacceptable, and our behavior reflects how the brain protects us from such forbidden desires.

Leave a reply Click here to cancel the reply

20 Ways to Give Without Expectations

Moving from Self-Criticism to Self-Compassion

The Impostor Syndrome and How To Handle It